The real origin of the mythological Cyclops

Published by Ari on

I love reading about Greek mythology. So much of what we entertain ourselves with today has roots in the fantastic works of the ancient Greeks. So when I came across this article, it really captured my interest.

You can’t say that this is the absolute fact on the true origin of the Cyclops mythology, but it makes pretty good sense to me, so I’ll share with you.

The one evidence-based origin story of the Cyclops legend, advanced by the paleontologist Othenio Abel in 1914, is the prehistoric dwarf elephant skulls – about twice the size of a human skull – that may have been found by the Greeks on Cyprus, Crete, Malta and Sicily. Abel suggested that the large, central nasal cavity (for the trunk) in the skull might have been interpreted as a large single eye-socket. Given the inexperience of the locals with living elephants, they were unlikely to recognize the skull for what it actually was.

If I was an ancient dweller running around ancient Greece and nearby parts, and came across this thing with the knowledge at hand, I sure would be telling my friends grand stories of the one-eyed monster we found! It’s pretty cool story and makes sense, so I’m going with it! Do you agree?

When me and @evangelia started talking about our Cretan roots!

Check out our awesome conversation at the link in my bio! 💬🇬🇷🧿💃🎤

Calling all Boston sports fans! We had the legendary M.L. Carr on our No Backing Down podcast and he is just such a cool and genuine guy… loved talking to him! Check it out if you care enough… link in bio! 🏀
#mlcarr #celtics #celticsnation #basketballlegend #nobackingdown #sportspodcast

Missing my home of Massachusetts as any true Bostonian would! #boston #massachusetts #masshole #bostonian #newengland

A dream come true! I got to interview the LEGENDARY John Kapelos of Breakfast Club, Sixteen Candles, Weird Science, Seinfeld, etc etc etc fame! I love this guy and he is just as awesome in person as he is on screen! Thank you John for making my interview dream come true! You are AWESOME!!!! Link in bio... #breakfastclubmovie #weirdsciencemovie #sixteencandlesmovie #johnhughes #johnhughesmovies #greekactors #80smovies

Cleaning out my apartment and came across my #apple box collection. Some say it’s a sickness, I say addiction. But I do have apple stock so it’s all good. AND there’s a bunch of iPods and my last 2 phones missing from this pic! #appleaddict #ipadpro #ipad #applewatch #applepencil #ipod #ipodnano #macbookair #appletv

I had a BLAST hanging out with these fine gentlemen last night. Not only have they entertained thousands with music, but they entertained me with stories and conversation. I love all these guys! Check out the Boston DJ Reunion Part 2 Electric Boogaloo! Link in bio!

Super excited to announce our live wine webinar with the one and only Drew Bledsoe and his winemaker Josh McDaniels! You can hang and chat with Drew and taste his incredible wine! Details at the link in my bio 🏈🍷 #winelover #winewebinar #bledsoefamilywinery

I found some original unedited album covers... which one’s your favorite? My favorite is when Bernie came straight outta Compton!

Yes I was bored today waiting in my car with laptop in hand so... more Bernie memes! #berniesanders #feelthebern

So cool I got to interview the one and only Drew Bledsoe about his amazing wine portfolio and winery! Link in bio and down below if anyone wants to listen to the podcast or watch the vid. https://www.uwcevents.com/blog/c/0

Another great article on our wine club - thanks to The National Herald! Check out the link in my bio 🍷🥃🥂🍾

Have a HAPPY & SAFE THANKSGIVING everyone! It’s a tough one this year but it could be worse and we’ve made it this far let’s just keep our thoughts on better days to come!

We had the extreme pleasure of hanging out with former Patriot & 2 time Super Bowl champ Rob Ninkovich on our No Backing Down podcast. He’s an awesome dude! Check it out - link in my bio 🏈🏆

I got to (virtually) hang out with the sultry and talented Ariana Savalas on my Connecting Greeks podcast. I made this to promote the video & podcast. If you’re bored (what election?) check it out on ConnectingGreeks.com

A big thank you to the @thenationalherald for recognizing and featuring our efforts! If you’re interested you can check out the link in my bio. #thenationalherald #connectinggreeks #greekamericans #greeklife #hellenic #greekshow

Another little video promo I made for our webinar tomorrow. Makes me wish I was sipping wine in Greece right now...

A little promo I made for Thursday evening’s Fistful of Bourbon Cocktail Webinar. If you’re free come join us, virtually of course! 🥃 See link on urbanwineclub.co

If you’re free Thursday night join us for a fun event - the Milagro Tequila Cocktail Webinar! It’s free and you can learn a thing or 2 about tequila! Go to urbanwineclub.co if interested 🥃 or message me

So Foti & I just make fun of each other before we start recording, mostly to entertain Katherine. Foti really accentuates his wine tasting sounds & I just hate it. Turn up your volume for this one and check out our newest sip clip talking about Chianti!

Have you guys checked out our Sip Clips? Podcasts? Webinars? Apps? I’m virtually all over the place while stuck at home. Check out some multimedia content I’m churning out all the time! 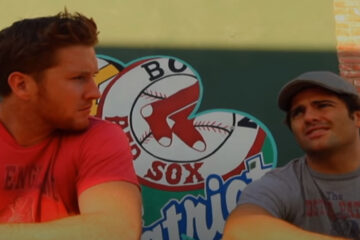 So what do Boston guys say? Here ya go… 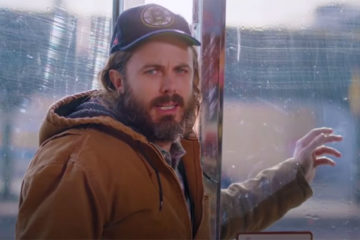 The best Dunks commercial ever! 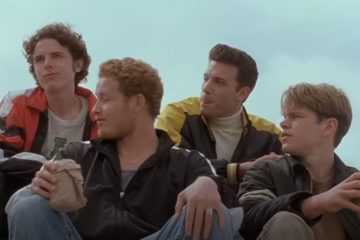 Where did the Boston stereotype come from?